The Intergovernmental Authority on Development (IGAD) in Eastern Africa was created in 1996 to supersede the Intergovernmental Authority on Drought and Development (IGADD) which was founded in 1986 to tackle the widespread drought effects, ecological degradation and economic hardships in the Eastern Africa region. Although individual countries made substantial efforts to cope with the situation and received generous support from the international community, the magnitude and extent of the problem argued strongly for a regional approach to supplement national efforts.

In 1983 and 1984, six countries in the Horn of Africa - Djibouti, Ethiopia, Kenya, Somalia, Sudan and Uganda - took action through the United Nations to establish an intergovernmental body for development and drought control in their region. The Assembly of Heads of State and Government met in Djibouti in January 1986 to sign the Agreement which officially launched IGADD with Headquarters in Djibouti. The State of Eritrea and South Sudan became the seventh and eighth members in 1993 in 2011 respectively.

In April 1995 in Addis Ababa, the Assembly of Heads of State and Government made a Declaration to revitalise IGADD and expand cooperation among member states. On 21 March 1996 in Nairobi the Assembly of Heads of State and Government signed 'Letter of Instrument to Amend the IGADD Charter / Agreement" establishing the revitalised IGAD with a new name" The Intergovernmental Authority on Development". The Revitalised IGAD, with expanded areas of regional cooperation and a new organizational structure, was launched in November 1996 to assist and complement the efforts of the Member States to achieve, through increased cooperation in food security and environmental protection, Promotion and maintenance of peace and security and humanitarian affairs, and Economic cooperation and integration. The vision and mission statements of IGAD are provided below: 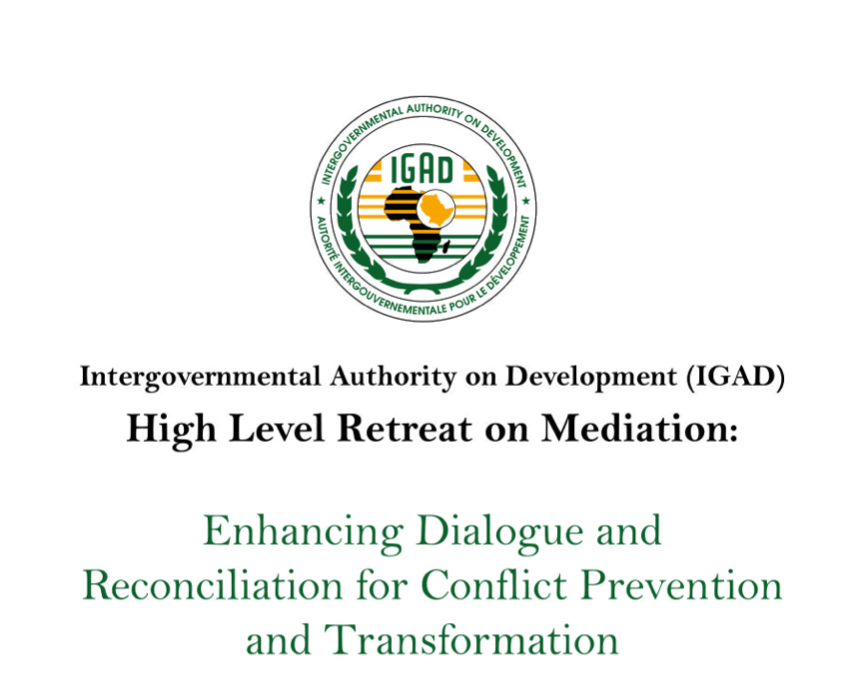