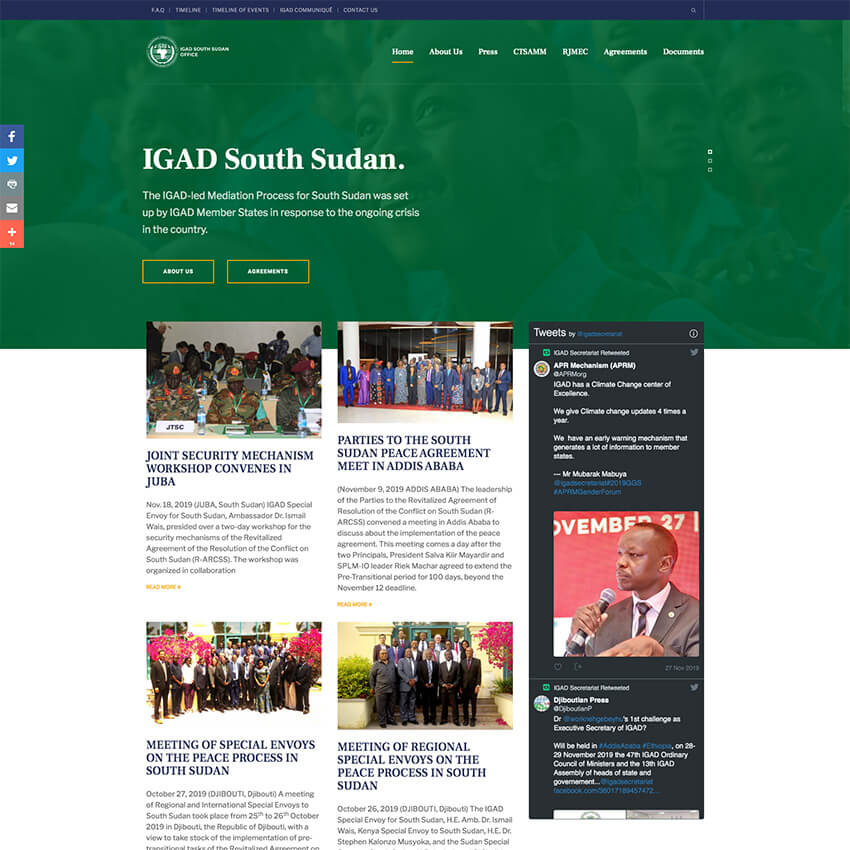 The Office of the IGAD Special Envoys for South Sudan

The IGAD-led Mediation Process for South Sudan was set up by IGAD Member States in response to the ongoing crisis in the country. The crisis was triggered by the events of 15th December 2013 in Juba that subsequently spread to other parts of the country.

The 23rd Extra-Ordinary Summit of IGAD Heads of State and Government that convened in Nairobi on 27th December 2013 appointed three Special Envoys: Ambassador Seyoum Mesfin of Ethiopia, General Lazaro Sumbeiywo of Kenya and General Mohammed Ahmed Moustafa El Dabi of Sudan to lead the mediation process.  The Special Envoys are assisted by a team of political and technical advisors that are based in a secretariat in Addis Ababa.

The Mediation receives political, technical and financial support from IGAD Member States, the IGAD Secretariat, the African Union and the United Nations, as well as a broad-based support from other development partners.  These include but are not limited to Australia, China, Denmark, the European Union (EU), IGAD Partners Forum (IPF), Japan, Netherlands, Sweden, the Troika (Norway, UK and USA) and Turkey.