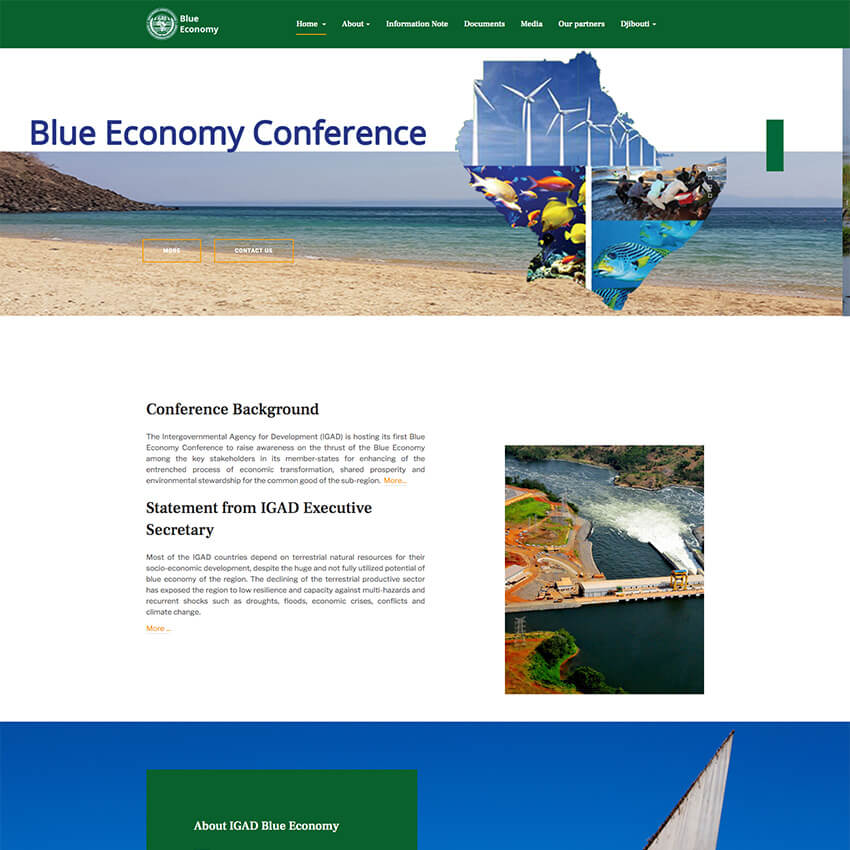 The Intergovernmental Agency for Development (IGAD) is hosting its first Blue Economy Conference to raise awareness on the thrust of the Blue Economy among the key stakeholders in its member-states for enhancing of the entrenched process of economic transformation, shared prosperity and environmental stewardship for the common good of the sub-region. It also aims at galvanising support from the international and regional development agencies; Business Community, Science-Technology and Innovation and Civil Society Organisations to build the momentum of the Blue Economy paradigm for unleashing the development potential of its ocean-based and ocean-related industries. In shorthand, it intends to foresight the prospects and challenges for greening the traditional ocean-based activities while looking ahead to harnessing the emerging industries. Appreciating that the Blue Economy Strategy is neither a silver bullet nor a one-size-fits-all recipe, the conference aims at assessing the Blue Economy from the lenses of the Least Developed Countries and the Fragile States of the Horn of Africa.

IGAD member-states need a big-push to graduate into progressive and resilient economies. However, the current national and regional development strategies are predominantly land-focused while the potential of the coast and ocean industries has been underestimated or overlooked until the emergence of the Blue Economy.

The region is craving for decent jobs and sustainable food supplies besides basic social services, including safety and security for the citizenry while safeguarding its natural environments. Well-managed, the aquatic resources and ecosystems can be leveraged to deliver on the triple-wins of global sustainability: Economic Efficiency – Environment Integrity and Social Justice - for the enhancement of the livelihood and wellbeing of the present and future generations of the sub-region. Four key elements of the coastal and ocean industries to be qualified as Blue Economy are:

The IBEC builds on the ongoing global and regional impetus for promoting the Blue Economy. The African Union perceives the Blue Economy as the “New Frontier of Africa’s Renaissance”. To turn the dream into reality, it has formulated a plethora of ocean-based and ocean-related policies and strategy frameworks that await effective implementation.

They include the Africa Blue Economy Strategy Framework 2016 and Africa’s Integrated Maritime Strategy 2050. The Blue economy is also an integral part of the AU Agenda 2063 and the African Development Bank’s Hi 5 Priorities. NEPAD in tandem with AU-IBAR has formulated and vulgarised the Pan-African Fisheries and Aquaculture Policy Framework and Reform Strategy 2014.

On the 25th July 2015, the AU launched the African Day and Decade of the Regional Seas and Oceans 2015-2025 to rally initiatives on the Blue Economy. These strategic documents provide inspirations and guidance for the formulation of the IGAD Blue Economy Strategy and Blueprint through broader consultation. The regional conference will also integrate the outcomes of the recent international and regional ocean forums, including the recent one organized in Nairobi, Kenya.