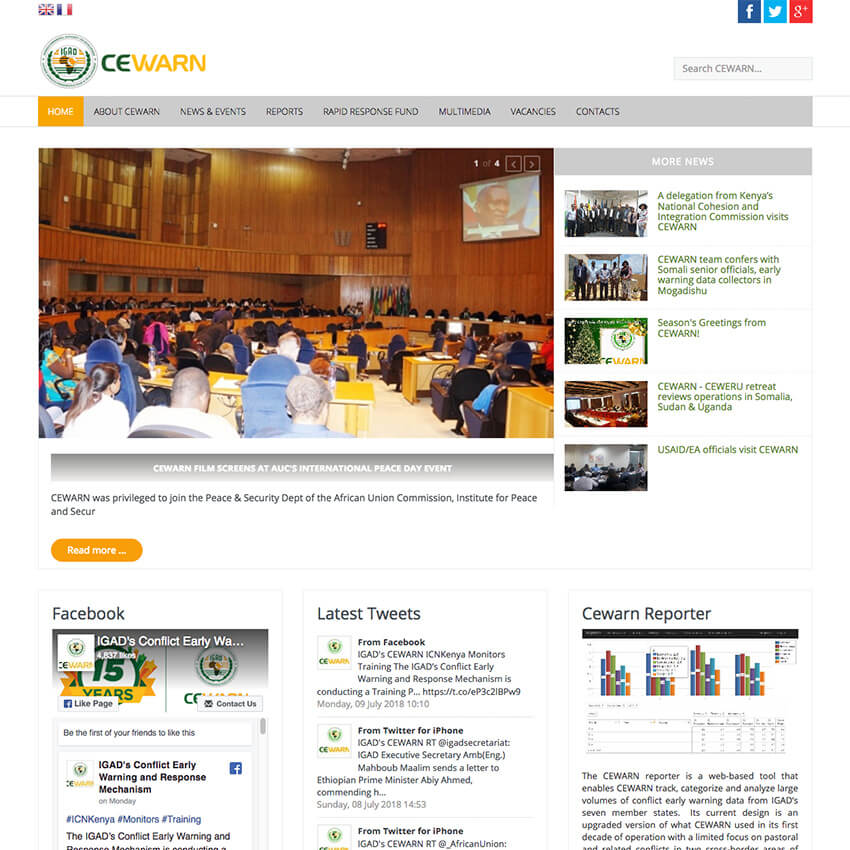 CEWARN - IGAD’s Conflict Early Warning and Response Mechanism - was established in 2002 on the basis of a protocol signed by IGAD Member States.

IGAD Member States in establishing CEWARN made a major strategic decision to utilize early warning and early response to prevent violent conflict so as to serve the aspirations of their people for shared prosperity and a sustained just peace.

The mechanism aspires to become “A network of excellence that works to advance an IGAD region in which reducing the risks of violent conflict through structured and consistent early warning and early response is central to local, national and regional governance in its priority areas of intervention”.

At the heart of the functionality of the CEWARN Mechanism is data collection, analysis and the timely dissemination of information and knowledge to the right people and institutions.

The network of actors driven by a secretariat based in Addis Ababa, Ethiopia, was from the beginning forged to join government and civil society, at a time when security had mostly been the exclusive preserve of states. In addition, its fractal structure, joining regional, national and local dimensions in data collection, analysis and decision making has made it a significant milestone in the regional and continental efforts to build peace and security.
View All IGAD Network